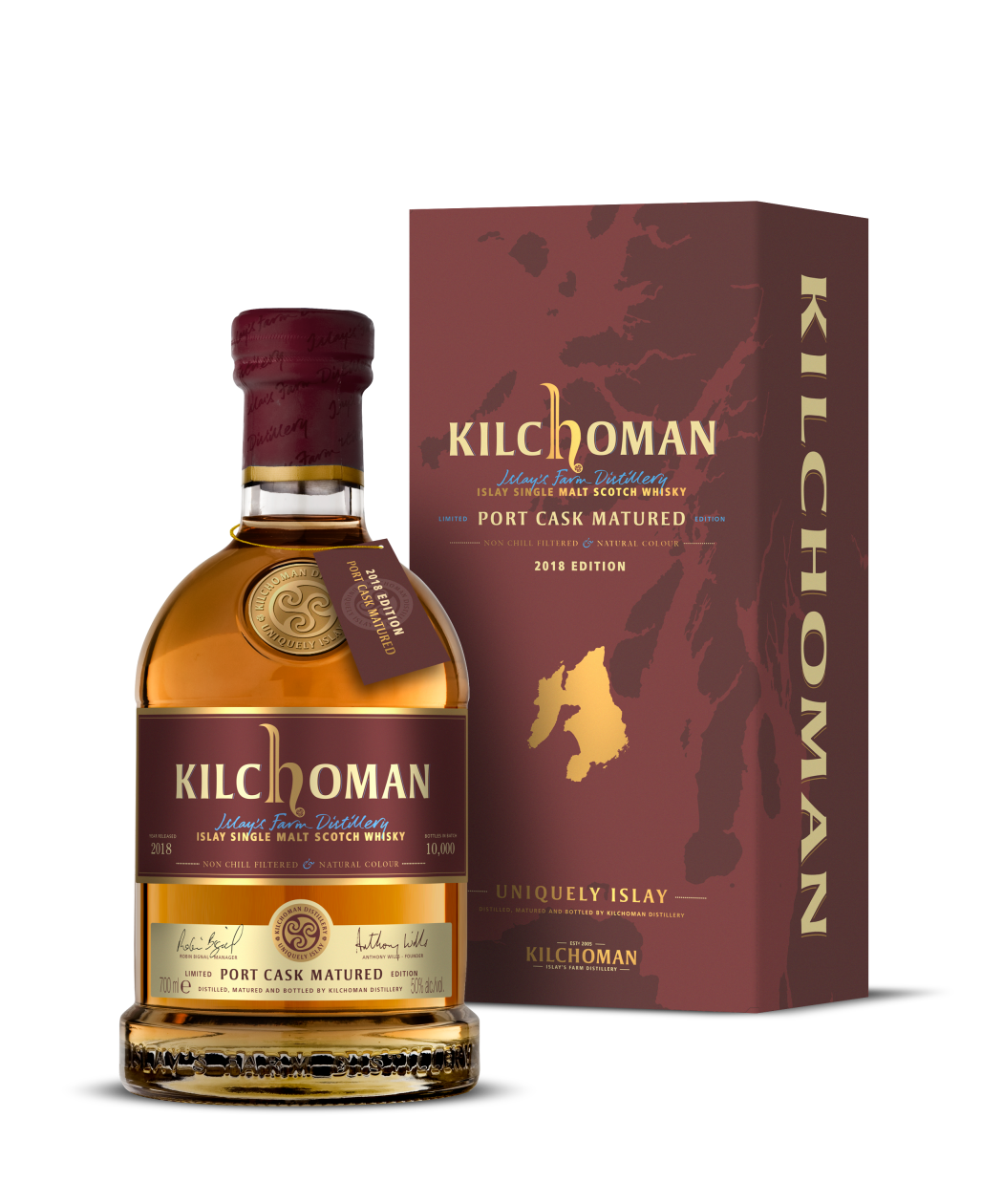 This is the second Port Cask Matured expression we’ve released, the first, launched in 2014 was one of the most talked about Kilchoman releases in the distillery’s thirteen-year history. The 2018 edition is a vatting of thirty ruby port hogsheads filled in 2014, yielding a total of 10,000 bottles.

Anthony and the team’s commitment to full-term maturation has continued, with the decision to age exclusively in port casks rather than using such barrels for finishing, this gives the whisky an added dimension, with layers of red fruits, creamy vanilla and floral sweetness that flood in with the intensity expected of a 50% ABV bottling strength.

*one bottle per person