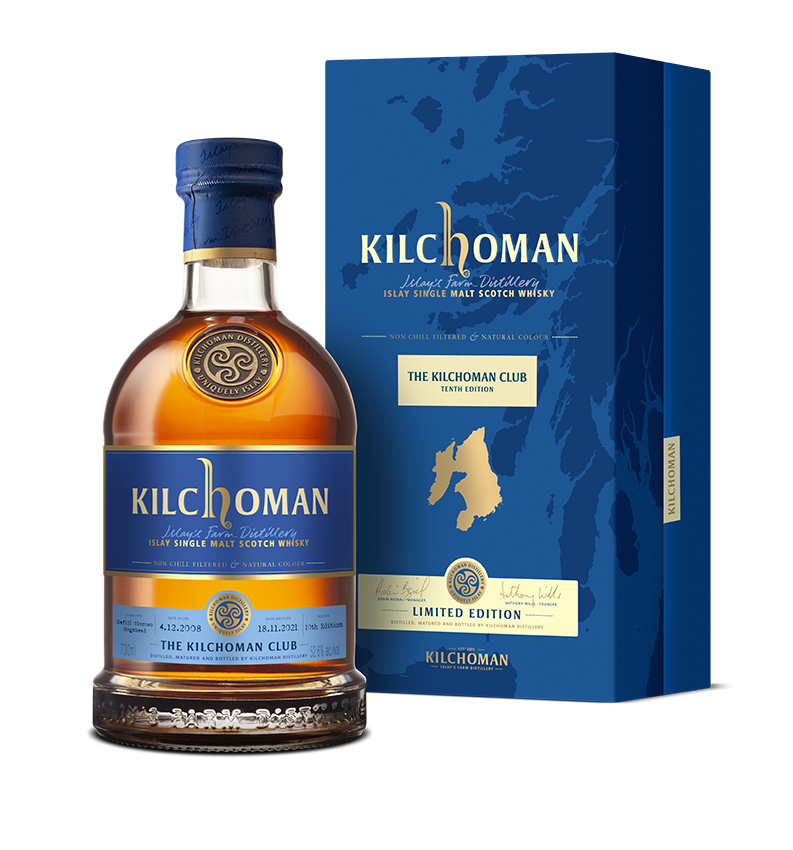 The Club Releases are bottlings of some of our oldest and rarest stock and for this year’s release Anthony has selected a series of very special twelve years old casks. The Tenth Edition is a vatting of three refill oloroso sherry hogsheads distilled in December 2008. Only 807 individually numbered bottles are available at cask strength, 52.6%.

“These are some pretty special casks with quite a unique story. Originally the whisky was filled into oloroso sherry butts however I wasn’t satisfied with their development so in 2016 I decided to decant the whisky into refill oloroso hogsheads.

Since being decanted, the whisky has come on beautifully and in my opinion, these casks are at their absolute peak in terms of depth of flavour. The influence of the sherry oak is certainly present however it is subtle and rounded, the character coming through on the palate is fruity and juicy, offset perfectly by typical Kilchoman freshness and citrus sweetness”

Because of the limited number of bottles, members are limited to one bottle per person, sorry!