How does fermentation affect the flavour of whisky?

Yeast is one of the three raw materials permitted to make Scotch Whisky but for some reason doesn’t get spoken about as much as barley or water.

Fermentation in whisky-making is the process of adding distiller’s yeast to the wort, the sugary liquid collected from the mashing stage, to trigger the fermentation process which will over time convert sugar to alcohol.

There are two phases to the fermentation; the lag phase and the budding phase. Once the yeast is added to the worts it will take time to adapt to its new surroundings, this time is known as the lag phase and normally lasts for less than 12 hours.

Once the lag phase is complete the yeast begins to ‘bud’, a process of asexual reproduction.  As the yeast reproduces it creates alcohol and amino acids, the starting point for the production of esters and congeners (these are the flavour compounds).  While the process of fermentation isn’t necessarily glamorous or exciting to see, it is vitally important to the overall flavour profile. 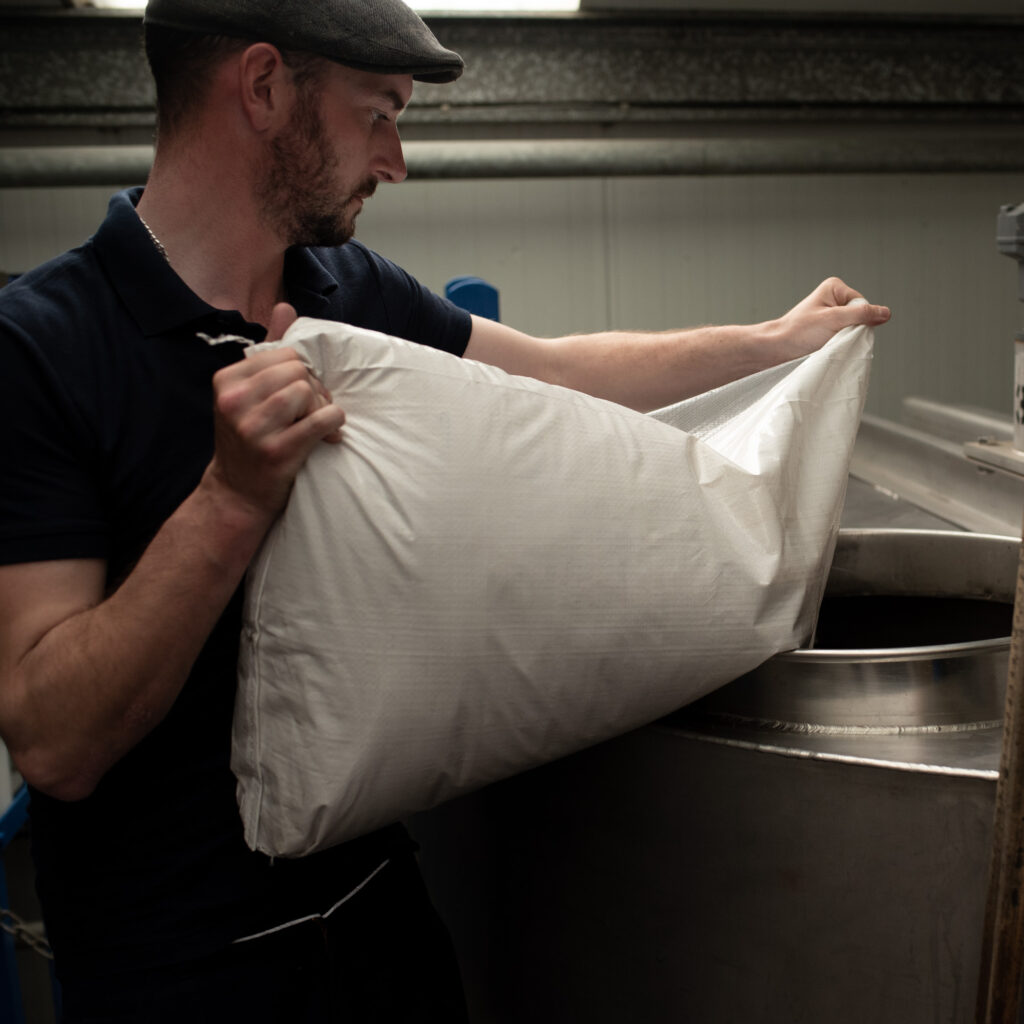 Why does fermentation time matter?

Typically a short or medium fermentation time will produce a malty flavoured spirit. If the wash is allowed to ferment on beyond 75 hours, as we do at Kilchoman, the amino acids build within the liquid, adding layers of floral, perfumed sweetness and fragrant citrus notes. Our 85 hour fermentation time allows the yeast to fully ferment, creating a distinctly floral spirit balancing peat smoke and maritime influence with lighter citrus character. 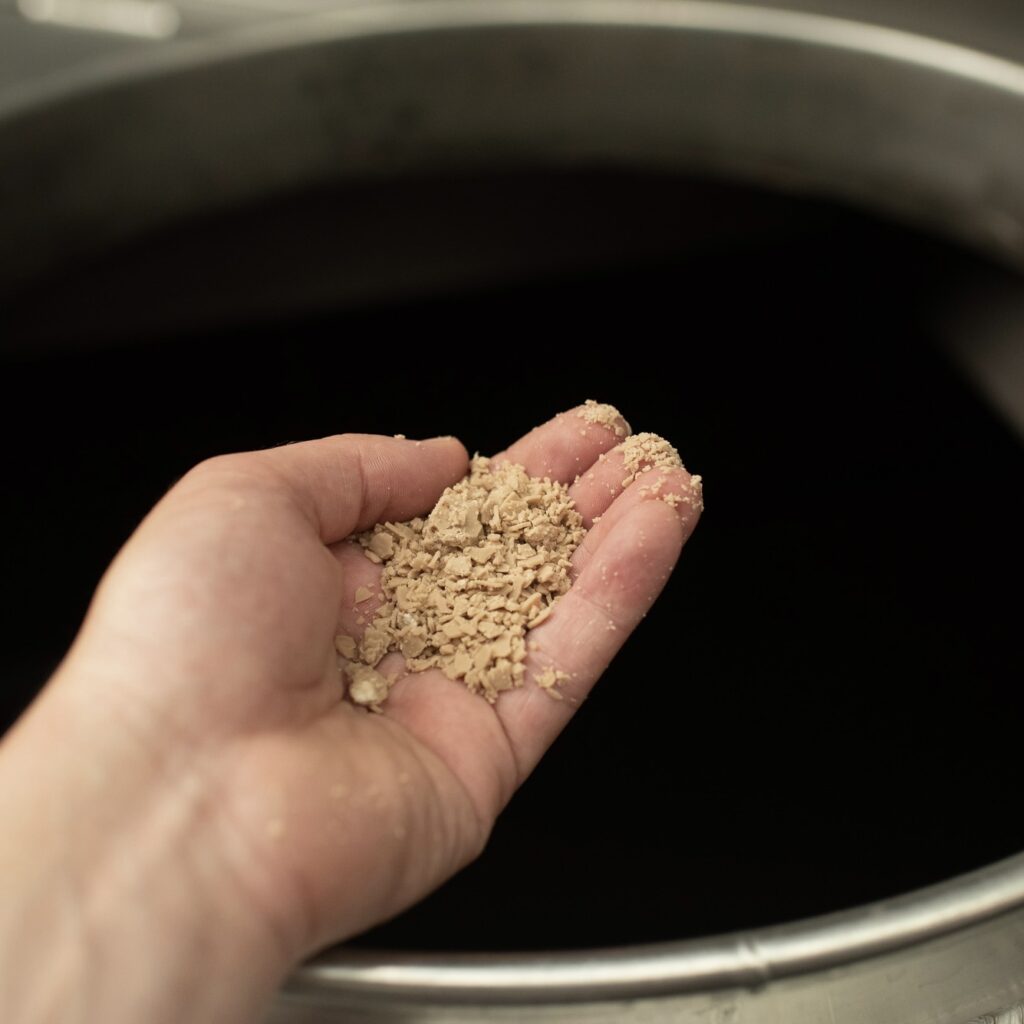 Do all distillers use the same yeast strain?

Yeast comes in three different forms, either as a liquid cream, pressed semi-dry or dried.

Liquid yeast is hard to maintain and only lives for a few weeks, but is most commonly used. Distillers will often keep dried yeast in stock just in case, as it lasts for several years.

There was a time when all distillers of scotch whisky all used the same yeast strain which was DCL M-Strain , this was due to its ability to break down maltose sugars and produce good alcohol but also flavours that were associated to Scotch Whisky. This strain is still used today by distillers, however modern strains such as MX, Mauri and Anchor/Bfp are now also available.

We ferment exclusively with Mauri yeast, a bagged live yeast which was chosen from four test strains. We found the Mauri yeast created the best balance of flavours, adding layers of citrus sweetness and tropical fruit. 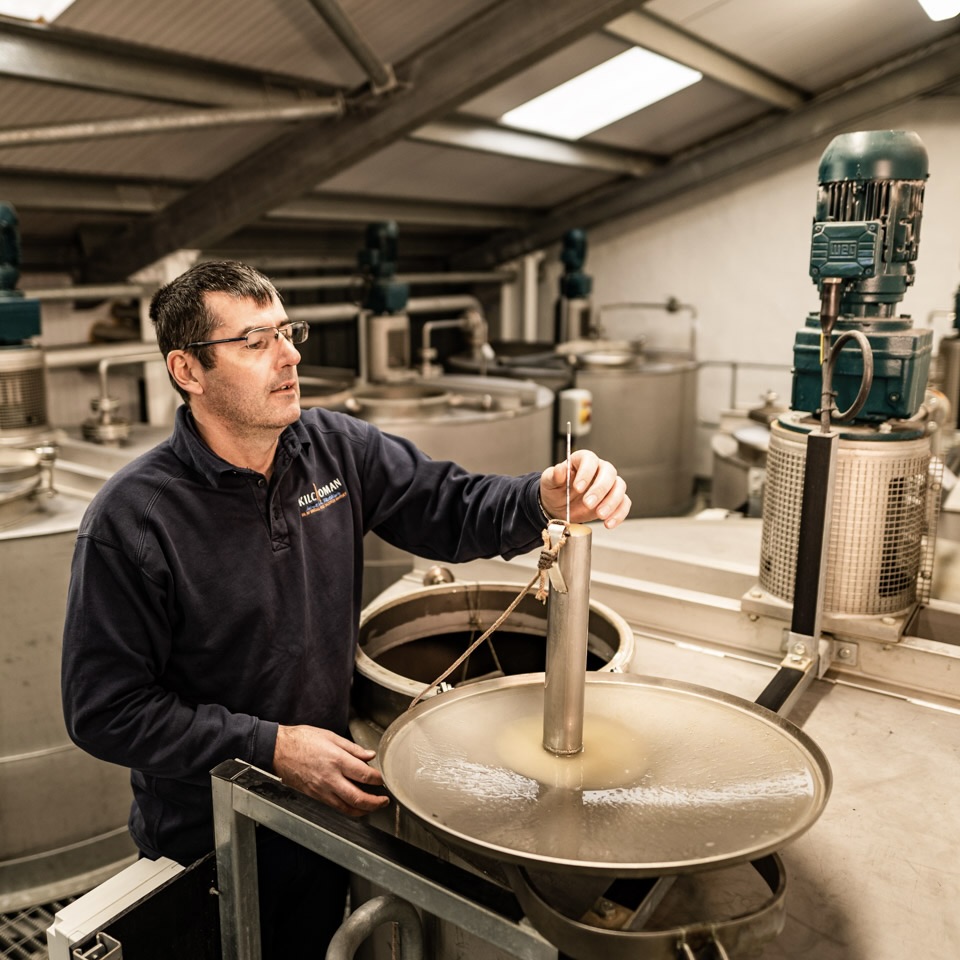 As well as the Yeast that is used in the fermentation process the materials of the Wash Backs are also up for debate. Originally all washbacks were made from European Larch, Douglas Fir or Oregon Pine. These were all used due to their long knot free planks. Recently distillers have been using stainless steel washbacks as they require far less maintenance and are a lot quicker and easier to clean. However, the debate as to which is better rages on with advocates of wooden washbacks saying that the wood helps provide a slightly sweeter wash.

Whilst wooden washbacks are beautiful to look at, each is different and can react in varying ways over their lifetime. Here at Kilchoman we have fourteen 6000 litre Stainless Steel washbacks. The choice of stainless steel ensures total consistency across all batches no matter the time of year or number of times they’ve been used.

So there you have it, our Fundamentals of Fermentation.  Keep an eye out for more in-depth posts coming soon.

Click here to be first to hear about new releases and to have access to the exclusive Kilchoman Club Release!