This year we grew around 112 acres of barley.  We had most of the fields ploughed by the end of March but the Smiddy Field was in tatters as Donnie was busy repairing drains which ended up being a bigger job than we thought.  The bulk of our crop was sown between the 16th and the 19th April but due to the drainage work we hadn’t even ploughed the Smiddy Field.  We eventually got the plough in the ground on the 27th April and the barley was sown on 1st May which was about 12 days behind the rest of the crop, so we were hoping that this would catch up over the summer.  It always feels good to get the barley in the ground and then it’s about hoping that the weather will be kind.

Our main crop this year was 95 acres of Concerto, but we also sowed 17 acres of Sassy.  Concerto has been our main stay variety for a number of years and usually provides us with a good crop of barley and distils a very good quality spirit.  We have also grown sassy in previous years and we were pleased with the yield and most importantly, the characteristics of the spirit.  As we have mentioned before, concerto is coming to the end of its commercial life and a replacement variety is needed and after experimenting with a few varieties over the years, sassy is looking like the favourite to take over from concerto. 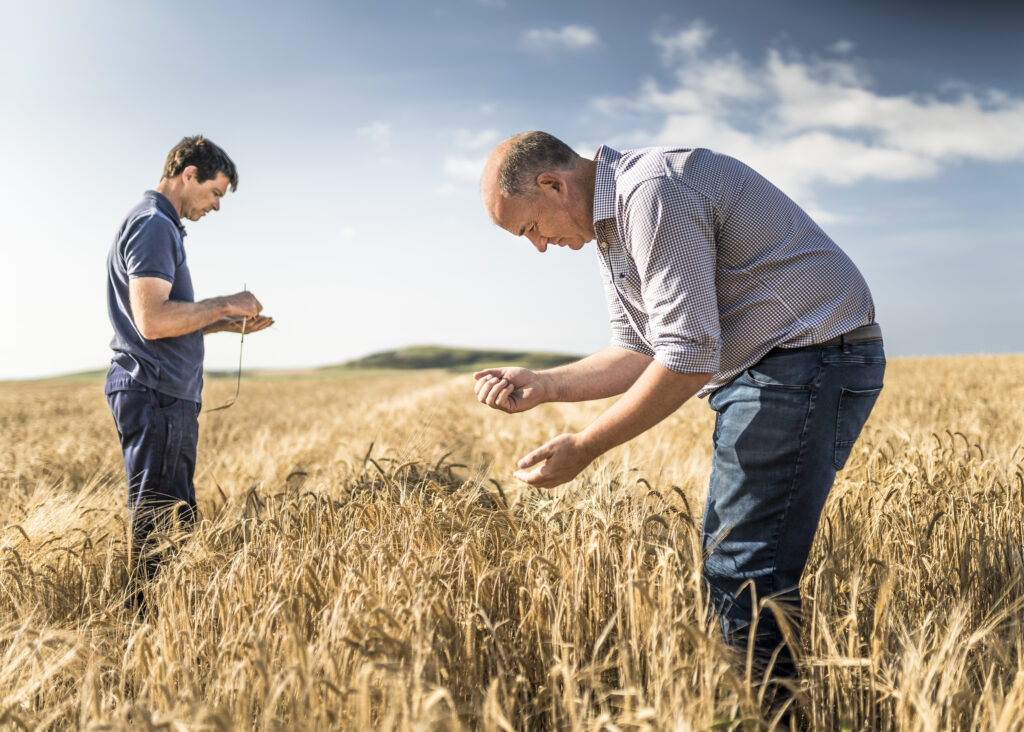 The summer was one of the driest we have had for a long time so the barley would begin to show signs of stress but it seemed like the rain always came in the nick of time and the barley would freshen up.  Temperatures over the summer were consistently high and with the amount of dry weather we were worried that the grain would be smaller than usual as it needs moisture to bulk up.  This was the case in some of our fields where the soil is lighter and sandier, for example Rugby Park, but in the fields with a heavier soil such as House Field and Minister’s Field, the barley seemed to thrive.  Smaller grains are lighter and the costs for growing and harvesting remain the same and we have less tonnes per acre.  From a distillery point of view this means we have less of our own barley to malt and smaller grain means there is not so much starch available to convert and the mill needs tweaked to get the correct % of flour, grist etc but in general less starch = less sugar = less alcohol. 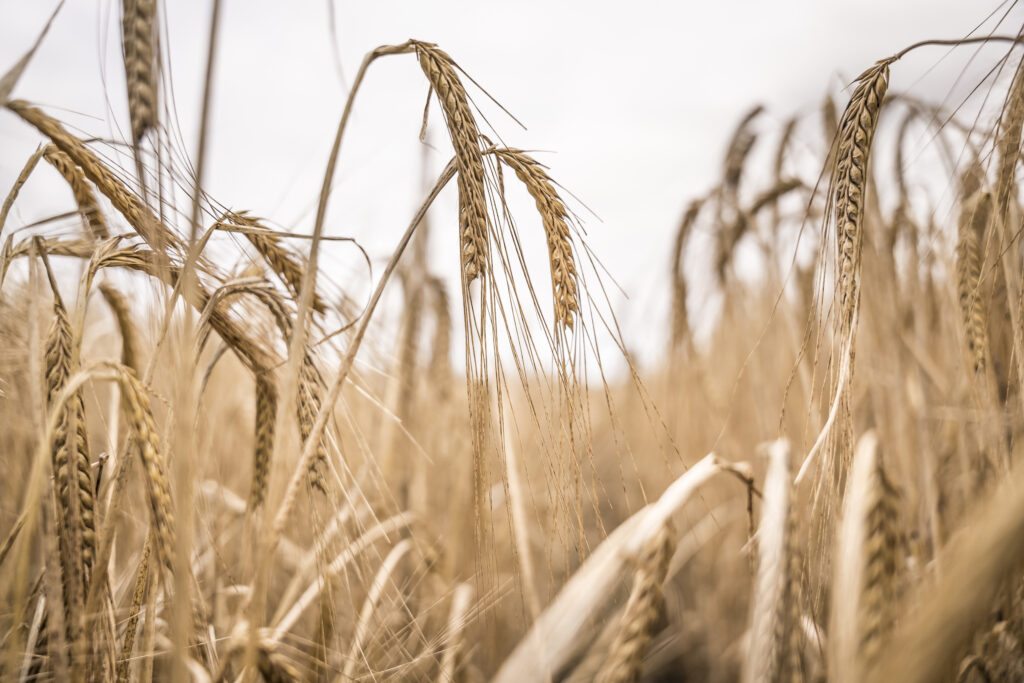 This year has been very busy at the distillery and before we knew where we were harvest time was upon us.  The week before our barley was ready, the weather on Islay was truly glorious, which usually means it’s about to break and we would be left trying to dodge the wet days to get the barley combined.   However, something was working in our favour and even when we took the combine out the shed the good weather stayed and the barley in the Smiddy Field was ready with the rest of the crop. We started combining on 30th August and finished on 4th September. We had some amazing weather, and as you’ll see in some of the clips and pictures, the sun shone from beginning to end – the best harvest weather we can remember!! As for the crop, our best field of barley was in the Smiddy Field so we’ll continue our drainage programme.  Overall we are very happy with our yields and we will be looking at the differences between the Concerto and Sassy varieties when we start to run them through the production cycle. 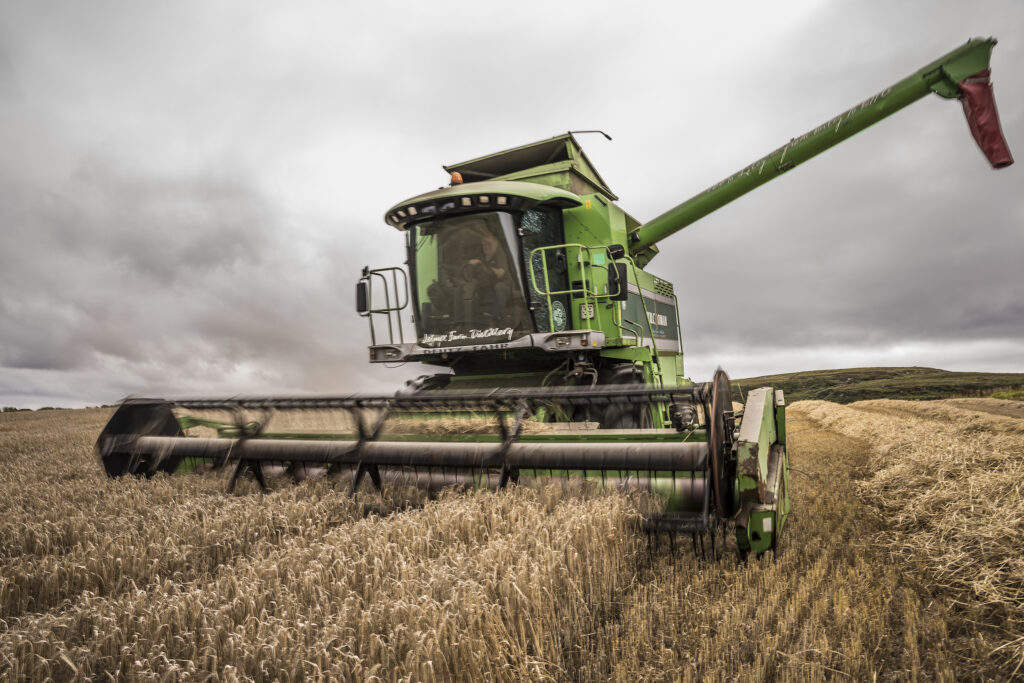 Maybe in the future you’ll be having a dram from your bottle of 100% Islay and you’ll notice the barley is from 2021, remember that was the year when the sun shone and the weather was wonderful…….. This summer will be one that is long talked about on Islay. 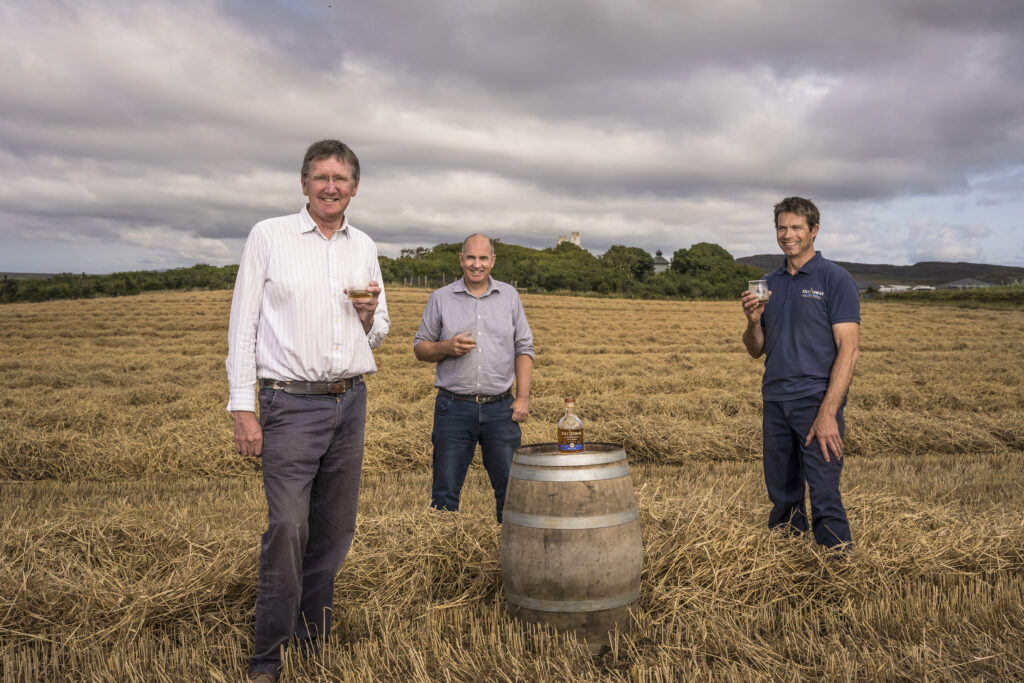