Everyone that grows malting barley has their own challenges no matter where you are.  We are fortunate in many ways as we have a fairly temperate climate on Islay as we are in the Gulf Stream but with any positive there is a negative and the Gulf Stream brings with it a lot of rain and wind compared to mainland barley growing areas in the central belt and north east Scotland.

When we plant the seed we are also looking for dry warm soils as this gives the barley the best opportunity to establish and sink deep roots into the ground which helps the plant to obtain nutrients and in drier months gives better access to water in the soil.  When barley is growing it requires a mix of sunshine and rain to maximise its potential but sometimes it feels like the rain is never ending and wet damp weather impacts on yield.  But for us, the most important factor is how well the barley distils and the quality of the spirit it produces.

Why we grow barley on the farm

Islay has some fertile areas suitable for barley production with a strong farming heritage and traditionally barley would have been grown for cattle feed and for use in whisky production. As distilling became more regulated, and the distilleries began to increase in size in the early 1900’s, there would not have been enough ground available that was capable of barley production for their needs and barley would have been brought to the island to meet this demand. 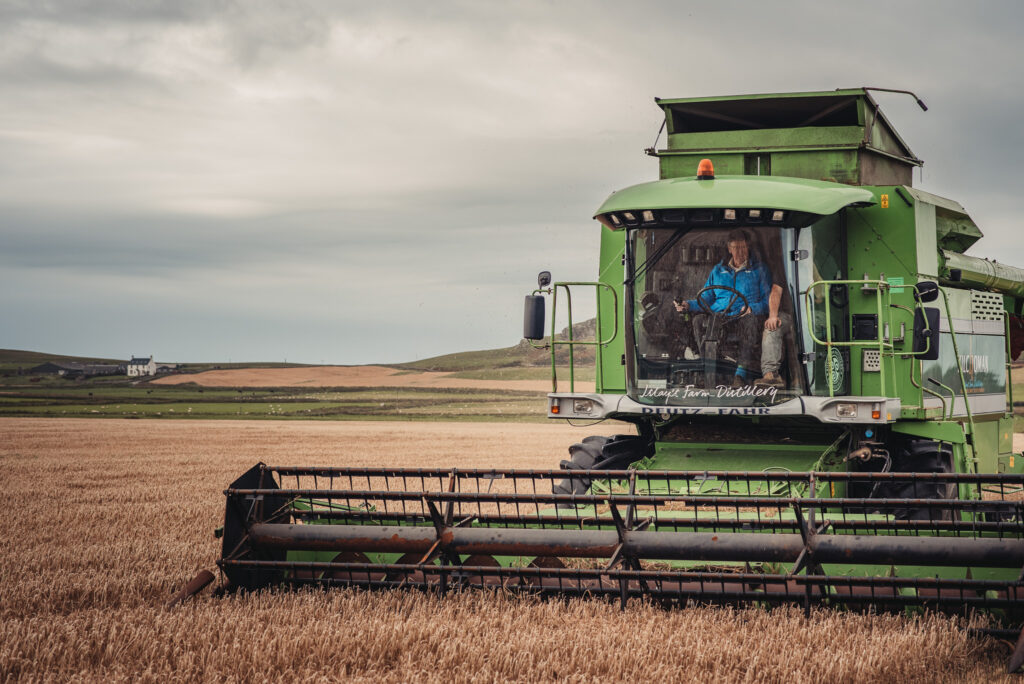 One of Anthony’s aims when he decided to build a distillery was to take distilling back to its traditional roots where possible and it was high on his list of priorities that the farm should be able to provide barley for the production process. The farm currently supplies enough barley for around 20% of our production requirements.  Growing our own barley has many benefits.  Not only do we get to choose the varieties of barley which we grow, we also get to decide the acreages planted meaning that we can experiment with different varieties and even plant these in the same fields side by side so we compare them with each other.  This control gives Anthony the opportunity to distil batches of different varieties of barley and see what effect variety has on the spirit character.  It also allows further experimentation by varying peating levels, yeast varieties and the effects these changes have on the flavour profile of the spirit from different varieties of barley.  It enables us to fully explore the potential of each variety we grow. We do not grow barley for the highest yield or because it is easy, we grow barley on Islay to give you the most authentic Islay dram that we can – from barley grown on our farm, malted, distilled, matured and bottled at the farm is what we mean by Single Farm Single Malt. 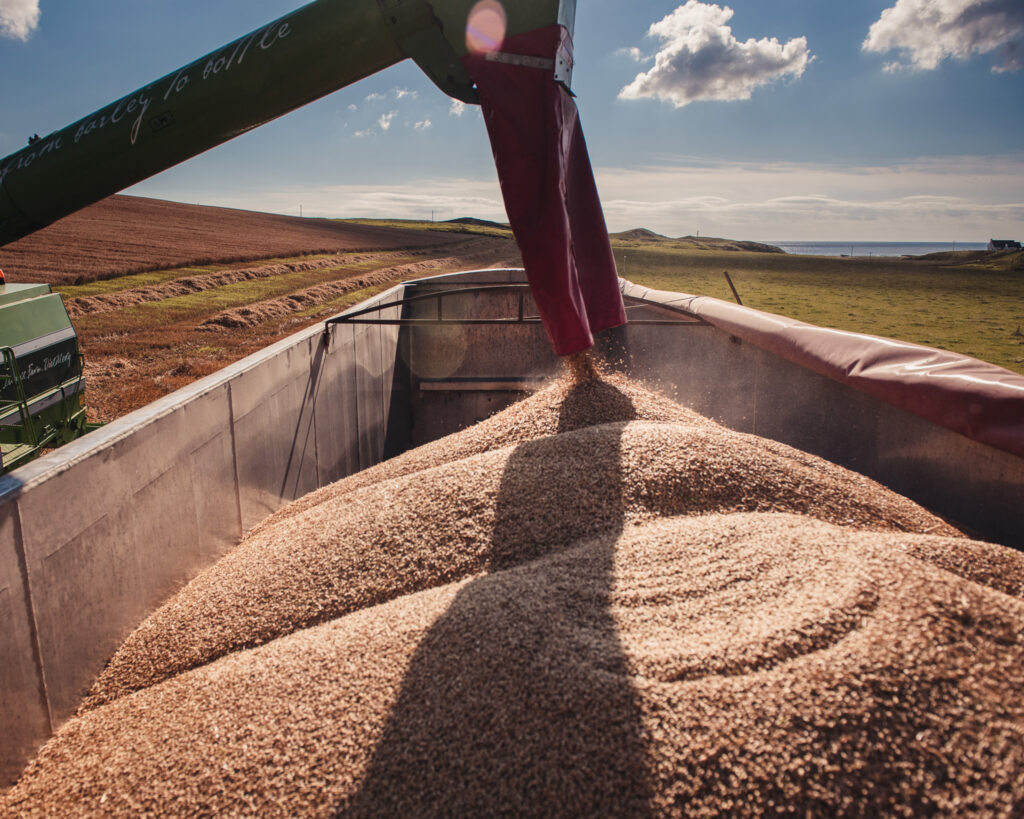 This year 97.5 acres were sown with two varieties – Concerto (80 acres) and Diablo (17.5 acres).  Concerto is our main stay variety and usually provides us with a good crop of barley and distils a very good quality spirit. 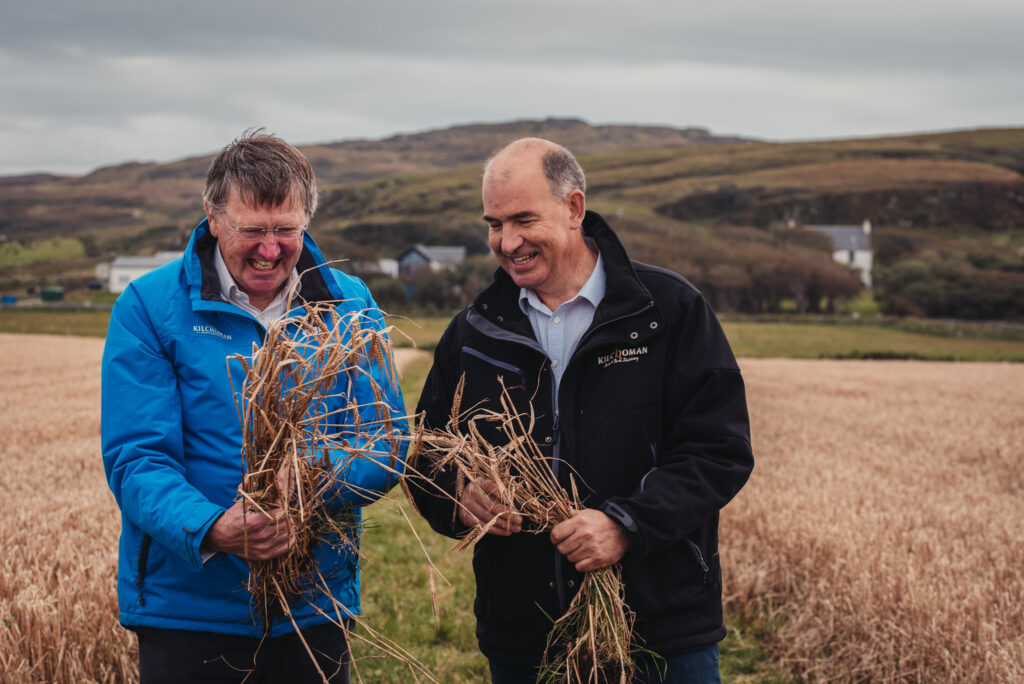 Diablo was chosen as our experimental variety this year. In our opinion, and from what was seen on the farm, there were slightly less grains in the ear, usually around 4 less than Concerto, and the grains were not as large. The straw unfortunately did not stand up as well due to the weather and combining proved to be more difficult. This is not to say that we are disappointed with this variety.  We will truly see what we have when we distil Diablo and we can see what character the spirit has.

For us 2020 proved to be challenging due to a very long dry spell in the spring that effected the germination and despite the weather being dry we had a cold wind and little rain. The weather then changed and we seemed to have nothing but rain from the end of May well into June. In July and August we had a mixed bag of weather with no real settled period of good weather and the temperatures were not particularly high. The barley was ready for harvest around the 24th August but due to the weather we had to wait until the 31st August to get the combine going.  Eventually the good weather returned and stayed with us and allowed us to get the harvest in.  We look forward comparing the characteristics of the spirit when we distil the two barley varieties from this year.  We will keep you updated!

Our 100% Islay limited edition release is produced entirely on one farm, from barley to bottle. For more information click here. 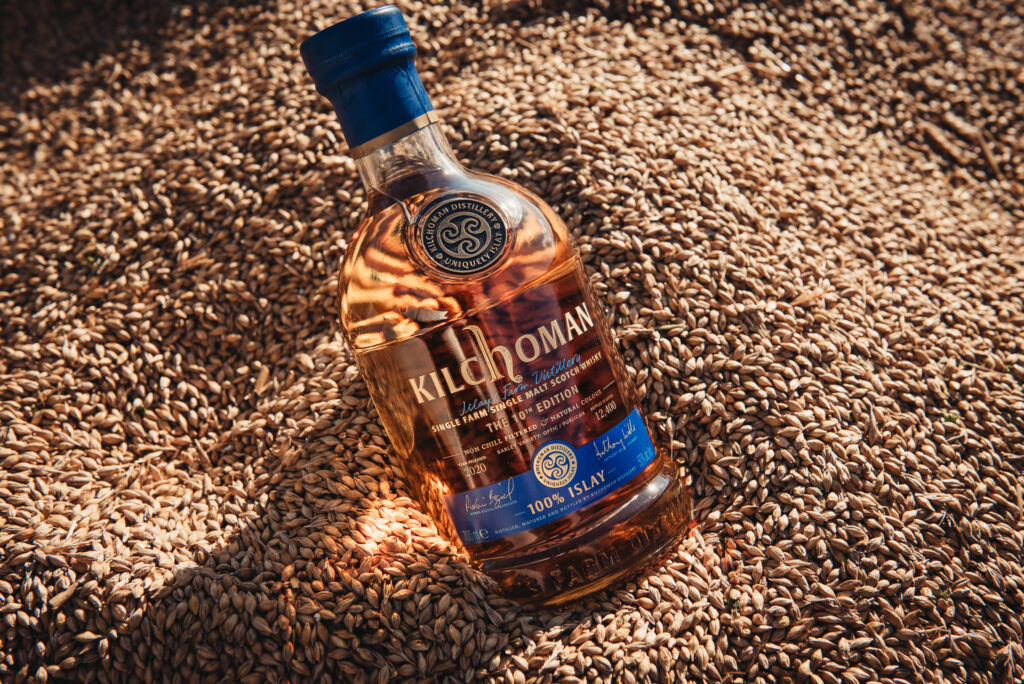