On the 9th of November, Gleneagles Hotel hosted a Cocktail Competition in which their talented team of mixologists had the opportunity to create, name and present a Kilchoman Whisky based cocktail to a panel of guest judges.  With a VIP trip to Islay to visit the distillery as the prize for the highest scoring cocktail, the team pulled out all the stops to impress!

Behind closed doors at in-house American Bar, Gleneagles-inspired speakeasy bar, the judges sat down while the team got ready with their ingredients and the glassware.  First up was Andrei with his cocktail named, ‘Ballinaby.’  The inspiration for the name came from the spectacular 5 metre high standing stones at Ballinaby which is located on the north side of Loch Gorm.

Andrei presented a layered cocktail to represent the magnificent standing stone, the vegetation and views around the area. 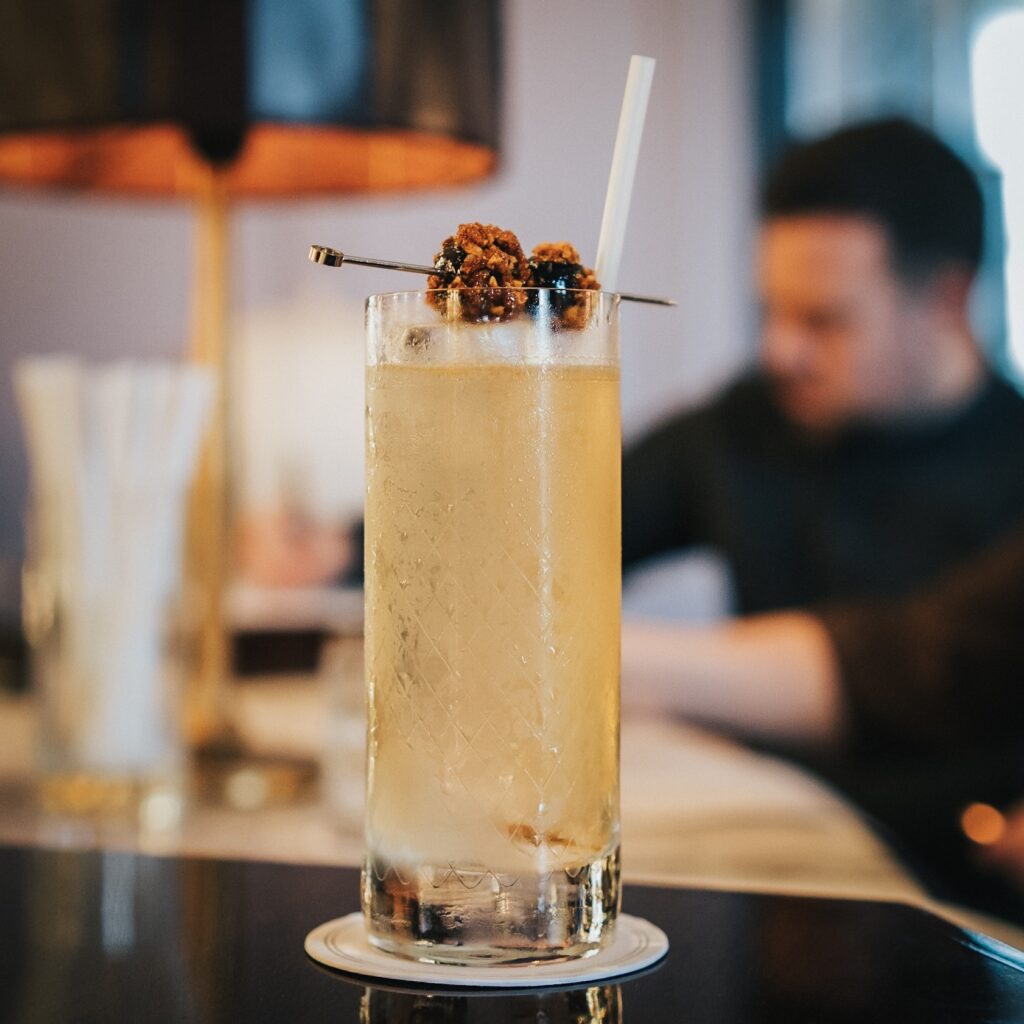 – A bar spoon of honey, lemon and

– Stirred and poured over a block of ice

Second up was Emilio with ‘Machir Oyster.’ He told us the story of the encounter of two talking oysters on the shore of Islay and the drink he was offered while listening to their travel stories and samples of the souvenirs from the distant seas they visited. 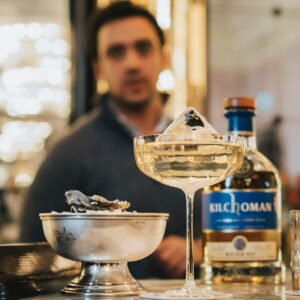 – A bar spoon of sugar

– Stirred in a coupette over ice, and finely paired with a coconut jelly and chilli slice

Gordon was our third competitor, and he was inspired by Masataka Taketsuru’s journey to Scotland and the series of events that brought him back home after three years with Rita, the love of his life.  He talked about the path that led Masataka Taketsuru, as well as the influence of his Scottish wife, into the creation of one of the most famous distilleries in Japan.

Our fourth drink was made by Giorgio, the head of coffee at Gleneagles.  This time we travelled with our palate as the idea behind this pairing was to create a perfectly balanced cocktail with coffee without overshadowing Machir Bay’s fruity and floral aromas. 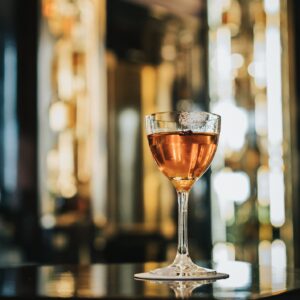 – Stirred in a goblet, served with a sugar and

And to finish off our samplings, Theresa brought us right into the Christmas spirit with her reinterpretation of a white Russian on apple strudel.  This was another story lead by flavours as Machir Bay was the inspiration for this drink and the idea of the Strudel was to enhance the notes of apples and the creaminess of the single malt. 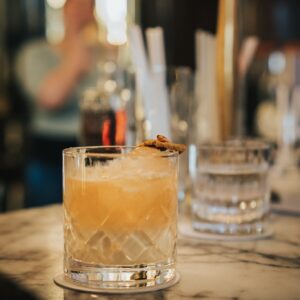 – Garnished with a slice of dried gala apple

seasoned with cinnamon, served over ice in a tumbler.

Lots of laughter was had and everyone enjoyed the chance to sample all these phenomenal drinks.  Eventually, it was time to review the scores and name the winners, only two of them could win a VIP trip to the distillery!  After much debating, as second and third place were extremely close in score, the hosts were thanked, and the winners were named. 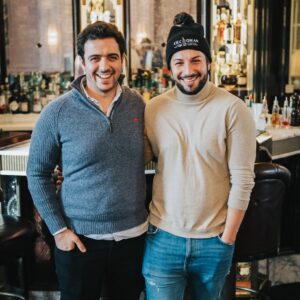 Andrei and Emilio, who created the first and second drinks, were placed first and second! They couldn’t have been happier and kindly posed for a picture with their new Kilchoman hats.

Their drinks will be available at the American Bar and the Century Bar from 2022, but if you are visiting before then, you might be able to request them in advance.

A special thanks to all the people involved in this event, especially Michele Mariotti and his wonderful team at Gleneagles, and also to our secret judges for taking the time to be involved in the event.  A great day was had by all.

Before we dive into non-age statement (NAS) single malt, let’s cover what an age-statement single malt is. Once the distilling process is complete, the new make spirit is filled into casks and set aside in warehouses for maturation. Legally, the minimum age of the spirit must reach 3 years old.…